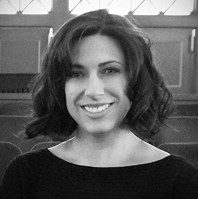 Art and science converged for Robin during a Requiem in a cathedral in Dortmund while studying abroad and she returned to the University of Kansas to add an acoustics emphasis to her Architectural Engineering degree. She joined Jaffe Holden Acoustics in 2000, eventually becoming Director of West Coast Operations, managing projects and the office. After a short break to start a family, Robin reentered the profession at Threshold, doing both consulting and business development.

Her history in the Acoustical Society of America includes co-chairing student design competitions, several sessions on room acoustics, co-organizing the 2003 CHRG Summer Institute, and co-authoring Classroom Acoustics: A Reference for Creating Learning Environments with Desirable Listening Conditions. She is a voting member of the ASA Press Editorial Board. Robin has been an invited lecturer at LA Philharmonic’s Music for Elementary Educators series and at SCI-Arc as part of the “Stereolabs” Seminar. 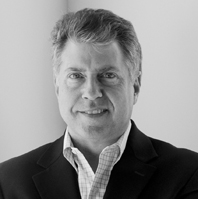 Tim is a Principal Consultant with Cavanaugh Tocci Associates in Boston. He consults with architects and engineers on issues of acoustics and control of noise and vibration. His work includes theaters, auditoriums, churches, courtrooms, boardrooms and office fitup design. Tim has worked on a number of studios for audio and video recording and production. On most projects he also provides noise and vibration control of mechanical systems.
Tim earned his Bachelor of Science degree at Purdue University, where he also played in the jazz band and did some concert reviews for the school newspaper. He is a Fellow of the Acoustical Society of America and a Board Certified member of the Institute of Noise Control Engineers (INCE).

Tim has been involved in the Concert Hall Research Group since its inception in 1992, serving in various leadership roles. 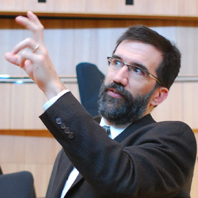 Scott’s path in architectural acoustics began on the elementary school stage, went on to roles in high school musicals and then recitals as part of his music education at Moravian College. With acoustics his main interest, he completed a Bachelor of Science in Physics with Honors in Music and then moved on to graduate studies in the Acoustics Laboratory at the Technical University of Denmark. For two decades, Scott has participated in virtually every aspect of the acoustical consulting profession, from modeling and measurements to leading the design of complex rooms, audio and video installations, and electronic enhancement systems.

Scott has been honored as a Fellow in the Acoustical Society of America for his accomplishments in the design of worship and performing arts spaces as well as his leadership in pursuing great Unanswered Questions, a topic he explored at length in the ASA’s Knudson Distinguished Lecture in 2012. He was keynote speaker at the University of Michigan’s 2013 Saturday Morning Physics conference, lecturing a rapt audience of 1,000 on physics, perception, and uniqueness. He also serves on the Knowles Hearing Center Advisory Board at Northwestern University and the University of Nebraska-Lincoln Durham School Architectural Engineering Industry Advisory Committee.